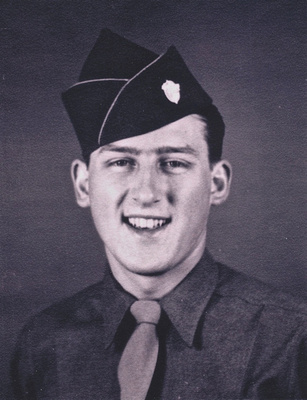 In September, my Dad, Ken Peiffer, died of a heart attack a few weeks after turning 88.  He was a veteran of World War II.  He was also my mentor and friend, dispensing advice on all my life decisions large and small as well as critiques of my photographs to the end. He had a lifelong gift for deconstructing complex and technical problems from misbehaving household appliances to Rubic's Cube to the iPad.  Often, his late evening FaceTime calls came as I sat before the computer editing images. Though he was not a photographer, he had clear opinions about photography.  He loved bold, colorful flowers in the summer, radiant sunsets seen from his front porch, and spooky half moons dodging among cold, winter clouds.  Most of all, he treasured photos of his family, especially his great grandchildren. Almost weekly, I sent him links to new images as I posted them, and we often discussed what he liked about them most. He was a gentle critic, dwelling mostly on those images that pleased him most.  But over time, I realized that black and white images were not generally his favorites.

One of my best last memories was a visit in the late spring when he asked me to drive him to a nearby produce stand. When we got there, he joked with the young Mennonite women who ran the stand as he proceeded to buy asparagus, blue berries and a few spring vegetables. On the way home, he asked me to stop at a couple houses where he delivered surprises to family and friends, not because they needed them but because it pleased him.  He was a man of boundless generosity and vitality, and as a result, his funeral seemed to be a celebration of his humor, kindness, and generosity. 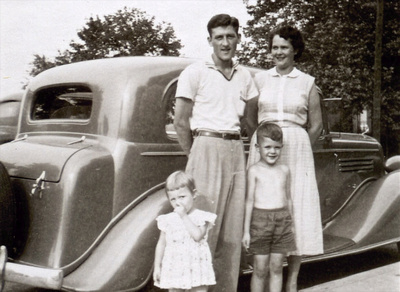 He occasionally accompanied me on short excursions with my camera, and one of my last fond memories included a short drive into the Pennsylvania countryside.  I pulled off the road so I could photograph what I had hoped would be a beautiful sunset, across a wheat field waving in a stiff breeze.  As sometimes happens with photography, the light and the scenery didn't come together that afternoon as I had hoped, but I especially treasured that day because I had spent it with him. Though he seldom snapped a photo, we shared the same creative drive.  While his drove him into his workshop to find a piece of furniture in an old cherry plank, mine continues to drag me out of the house with camera in hand in search of images to capture.

My Father's childlike enthusiasm for creativity and love of life made every day for him a new one. He channeled his creativity through woodcraft, designing and building beautiful grandfather’s clocks for each of his children and grandchildren.  He loved the excitement of Christmas, Fourth of July fireworks, family gatherings, and front porch chats with his neighbors. His repertoire of greetings ran from "Come on in. The water's fine," and "You're looking good," to "I don't care what they do say about you--you're okay."   He got lots of mileage out of repeating one particular joke involving a weed whacker, a cat's dismembered tail, and a trip to Walmart. While I won't repeat the joke here, trust that his timing and delivery was perfect.  I took him to Annapolis, Maryland one spring afternoon so I could take some trial shots with a camera recently converted for infrared images. While I was busy taking photos of the Statehouse, he was busy cornering tourists on Maryland Avenue and telling them the cat joke as he ambled up and down the street while I took photos of the Statehouse.  I was much relieved to find that all of his audiences gave him the response he was hoping for--chuckles and belly laughs.

This iPhone photo, taken by my daughter-in-law Katie, is one of my favorites. He loved his family. After a Sunday donut stop this summer, he posed with my grandson Jeremy, my son Tom, and me.

My Dad loved life and was able to wring every ounce out of his 88 years despite a laundry list of ailments that grew as he got older. He lived a simple life in a small town but lived larger than ten men and earned the love and respect of the many friends and family who knew him.  I will forever miss my mentor, my Father, my friend. But I know he will always be that voice in my head that pushes me to be better.