As I took on macro images for the Arundel Camera Club February competition, I was faced with lots of challenges, but most of all, I faced the one problem that has been nagging me for some time—creativity and interest.  Macro can be very static and uninteresting to all except for the biology teacher.  Just because you see an object larger than life does not make it that interesting. Here is a bridge for a guitar.  I like the lines, and the geometrics of the image are interesting, but it could be argued that it is pretty static. 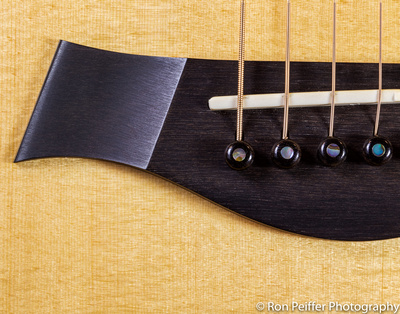 I had two pins I thought might make interesting objects to photograph.  One was a pin issued to wounded British WWI veterans upon discharge.  It was never worn on a uniform, but rather was worn by the veteran on a jacket or shirt as a civilian.  It is a beautiful silver pin, which fetched $35 in an antique shop a number of years ago.  Though tarnished, it’s curly script looks elegant through the lens. 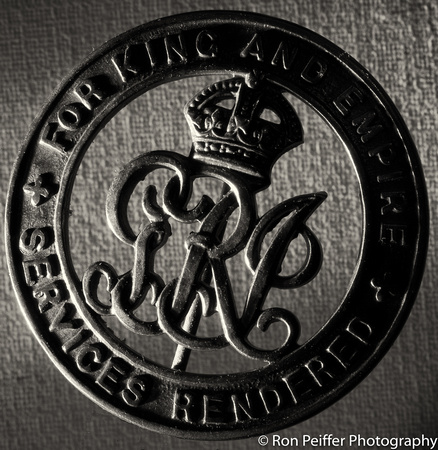 For King and Empire Study

I shot it at a number of different angles, using different lighting strategies.  In the end, they all failed to capture my interest because they were static objects.  I then found an old family photo of a man who could have been a veteran of the WWI era, and I tried incorporating that image into the photo.  You be the judge.  I’m not sure the photo works, but I’m wondering if perhaps the photo now seems to tell a story.  It raises questions such as, “Is a photo that includes a photo a good subject?” 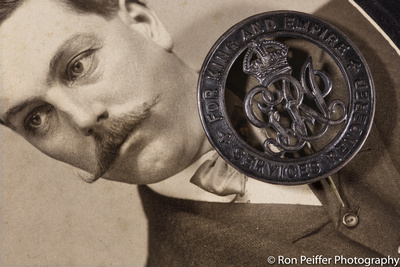 For King and EmpireThis pin was issued in the British Isles to wounded veterans upon discharge from World War service. The photo seemed to me to put the pin in context.

I tried a similar approach to a second pin—my father’s WWII battalion pin.  The result is below.  Perhaps this photo is more creative.  Perhaps it tells a story better. Maybe it holds interest only for me. Just a little food for thought... 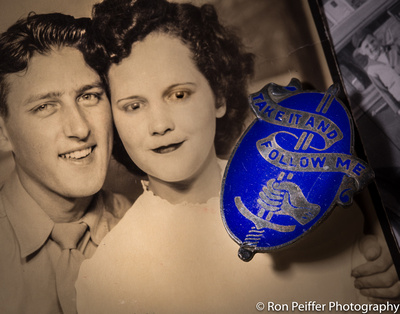 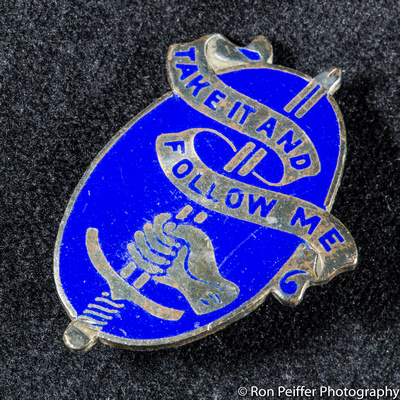