Room with a View

In March 2020, just before the Covid pandemic struck I was in Bluff, Utah on a hiking trip.  One day toward the end of the trip, we drove up Comb Wash to see if we could see some old spots such as this Cowboy Shack, about 6 or 7 miles up the wash. 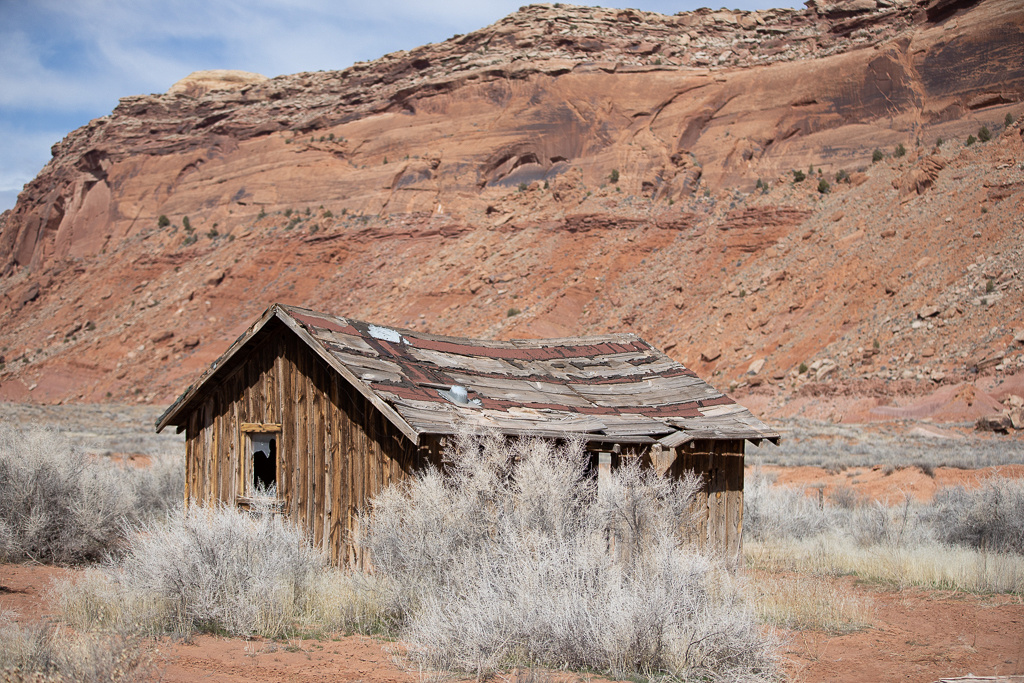 It was still there after a number of years and all the worse for the wear.  I took time to shoot it inside and out and settled on a bracketed set of three images from the inside looking out as ones I wanted to work with.  I bracketed the shots 1.7 stops up, 1.7 stops down, and one that was properly exposed. The three shots looked like this: 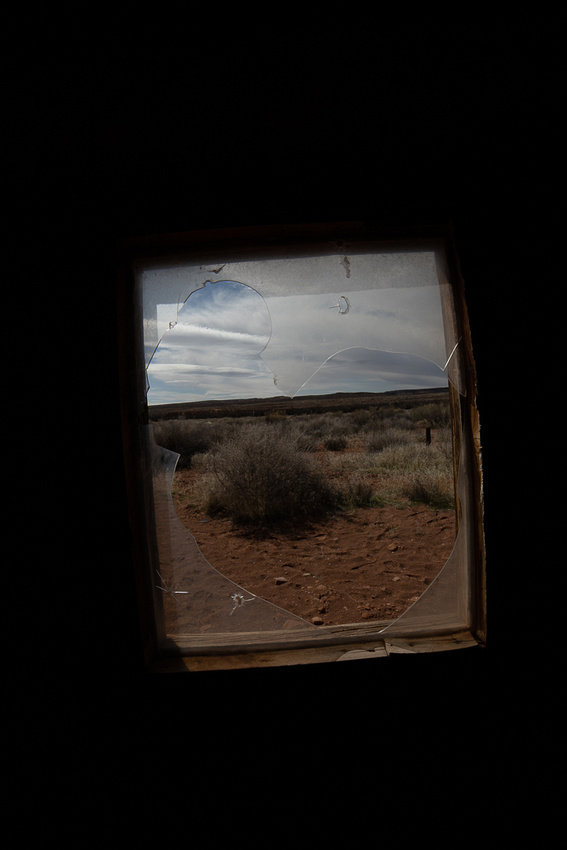 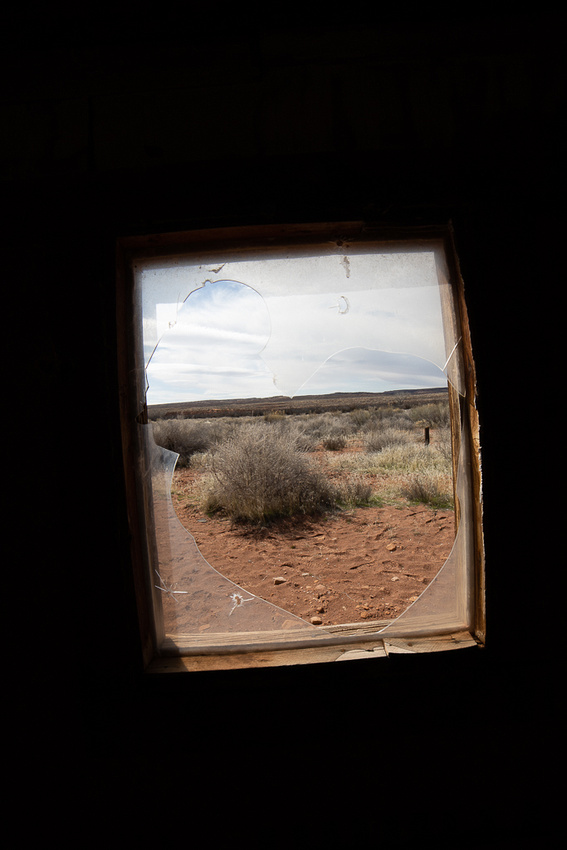 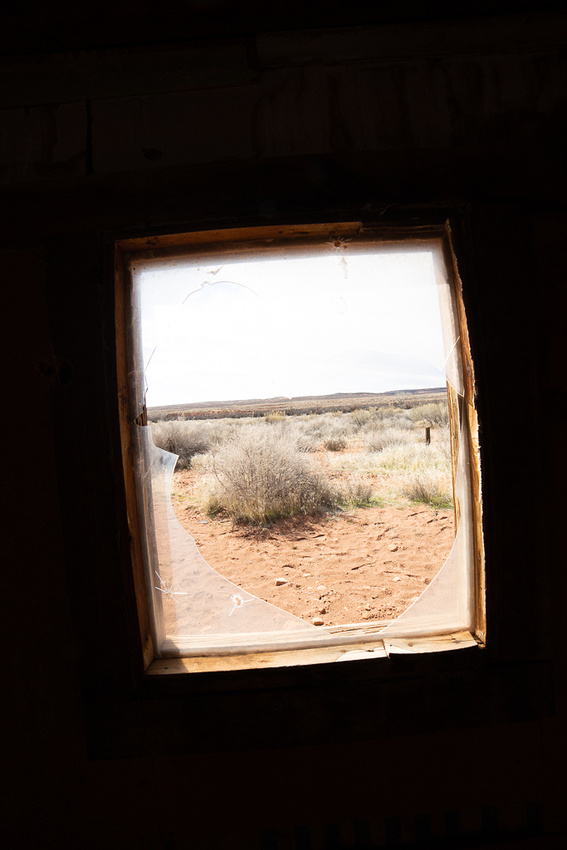 I used Lightroom’s HDR merge mode to combine the three images and then cropped the combined image to look like this: 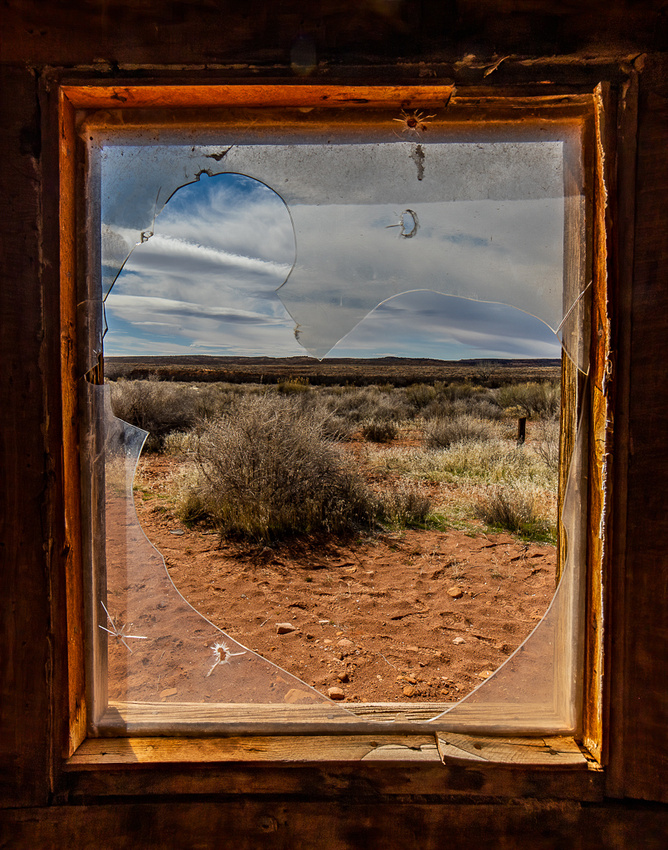 I liked the warm tones and the dirt and grit on the window as well as the stretch of desert outside.  I have looked at the image for about 7 or 8 months now and decided the view was not dramatic enough and searched through about 7 years of photo files and settled on one I had shot a couple years ago on a short hike just outside of Bluff.

I had to select out the scenery in the original and wipe it out with the clear brush at 100% opacity.  I then had to wipe the broken glass with the same brush at 50% opacity so that the grit would remain and the original image would go away.  I then combined the two images using layers in Photoshop. This was the final photo. 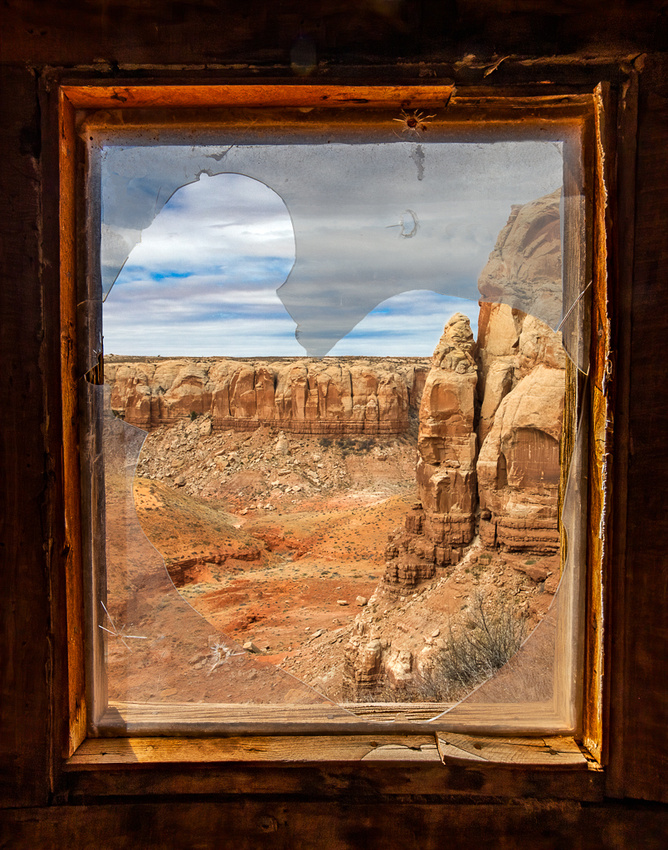 In the end, it was just a nice photo I liked.  It was better than the original, but it worked for me because of the nice desert view and the weathered state of the window.  Sometimes you just have to make a photo for yourself, even if it doesn't get a lot of love.