It’s spring, so the grandchildren are playing on baseball teams.  I shot photos of their athletics over the past couple years, but for some reason this year, it is a lot more fun.  I attribute the photos in part to the coaches who are emphasizing skill building and fun over competition, and the parents have been equally supportive when there have been bumps and disappointments as well as hits and catches.  The kids have responded with smiles and enthusiasm, so for a grandfather, that is a magic formula for fun kid pics.  I’m sure you’ll see the flaws, but a few of the photos are among my favorites. I am using this post to share a few of my favorite photos from this season and few of the things I'm finding.  Honestly, I'm no sports photographer, but occasionally I get lucky with a nice shot.

A few of the lessons I’ve learned:

Runner on the MoveI loved the eyes of the shortstop as well as the runner's mid-stride action. It makes you wonder if he tagged him out.

1. Keep your finger on the shutter for the moment a kid’s face breaks into a smile. The joy is the subject, not always the child’s skill. 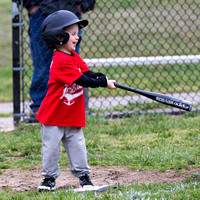 Happy BatterThis one always makes me smile. The batter didn't necessarily understand all the rules, but he was having fun anyway.

2.  Focus on the face when the kid is at bat and don’t worry if you miss the big hit.  Get the swing.  The viewer can’t tell if the bat hit the ball or not. Often, I have to take five or six shots of the baseball bat swing until I get one that works well. And if you can set your camera on multiple photos per shutter press, you often get even better results. 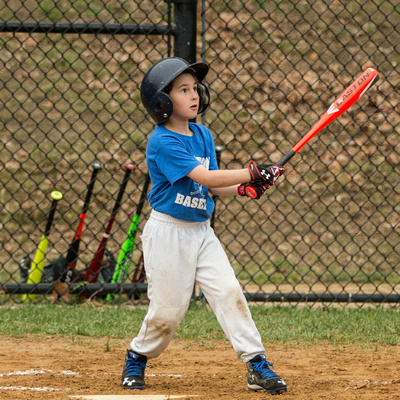 Watching the BallMy grandson had a nice hit into center field and wanted to enjoy the moment before running on to first base.

3. Watch the eyes.  They tell the story, especially when a ball is in play. Catching a child looking at another player or at an incoming ball adds action and interest to the photo.

4. Shoot a lot of photos.  I am finding I get maybe 10 good photos out of 150 or more from a game. But sometimes you get more.  I seldom delete photos from the memory card during the game.  I delete only once I get a good look at the photos on my computer screen.  Sometimes there is more there than you expected. 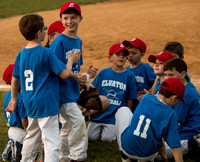 Game BallChris got the game ball and was very happy.

5. Look at the sidelines on occasion.  Some of the best shots are there. Getting the game ball or horsing around or hugs after a bump are fun. 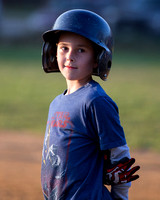 Runner's PortraitThis is perhaps my favorite photo from the season so far. The late afternoon light made the photo extra appealing.

6. I always try to shoot wide and crop close.  Get the whole scene and crop in tight on your final subject when you get to the computer. I want to get facial expressions, because they make the shots most fun.  A well exposed photo makes cropping easier. I use a full frame camera, so that makes cropping easier, but there are plenty of cameras sporting APS-C sensors that do just fine as well.

7. Capture a little blur in the photo sometimes.  It puts action into the image. 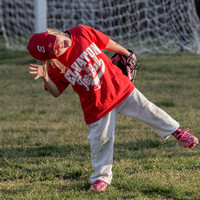 Outfield BoredomWhat do you do in the outfield when you play t-ball, because hits hardly ever reach you? 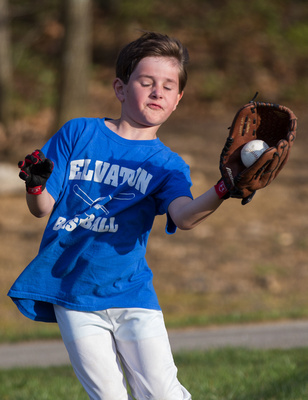 Did I Catch It?When he opened his eyes, he was excited about his catch.

8. Don’t be embarrassed about wielding your big, geeky telephoto lens at the game.  That’s what you bought it for, and you get better photos.  But whatever lens you have, get that camera out of the bag and shoot the game.  This moment will never happen again, and an iPhone photo won’t do the job. While I'd prefer to be invisible during a game, I found the grandchildren enjoy by being there and taking photos of them. 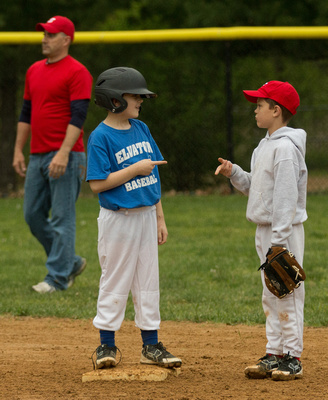 Second Base DebateGood exchange between friends on opposite teams in this game.

9.  Camera settings—Sorry, here is the geeky stuff:  Open your shutter as wide as possible (f/2.8 or f/5.6), ISO set at 100 or 200 if sunny, more if cloudy, but keep shutter speed at least at 1/250 second or 1/500 or faster to get stop action, a little less to get a little blur.  I know I’m supposed to shoot shutter priority for sports, but I use aperture priority, and keep an eye on the shutter speed.  It works fine for me. 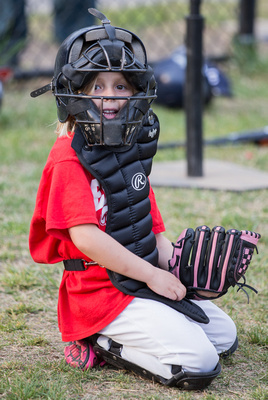 Catching PinkMy Granddaughter loves her pink glove, but she thought the catcher's gear was kinda cool too.

10. Lastly, have fun and share them. I use my website and find that family and friends look forward to the photos. 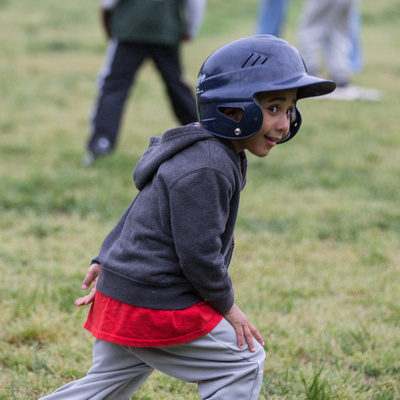 Okay, Mom?I loved the smile on this little guy as he trudged to first base.

The photo is about the smile on the face of the viewer, the magic of the moment.