A sunny, Fall afternoon stroll down the boardwalk in Havre de Grace produced a few photos I downloaded and looked over a couple days later, but few images popped out as keepers.  The harsh sunlight made for silvery reflections on the surface of the nearly still water, and the grasses growing in the shallows of the Susquehanna were strewn across the surface of the water.  However, a regal, blue heron stood close to shore and preened her feathers and entertained the passersby, and that’s where it got interesting.

After about fifty photos, I finally got one pose that was reasonably close, with the bird’s face in good light. 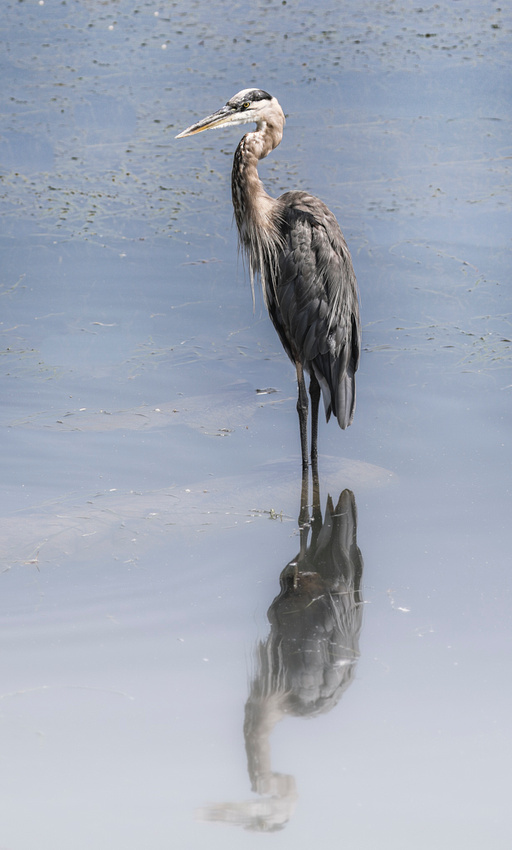 However, a shot of a bird wasn’t going to elicit a lot of love from viewers, though the water was nice and smooth, and the bird’s feathers were quite detailed and well lit. A little work with Lightroom tools helped clean up the water some more and bring out some details on the bird’s face and feathers and added a dreamier quality to the image, but not enough yet. 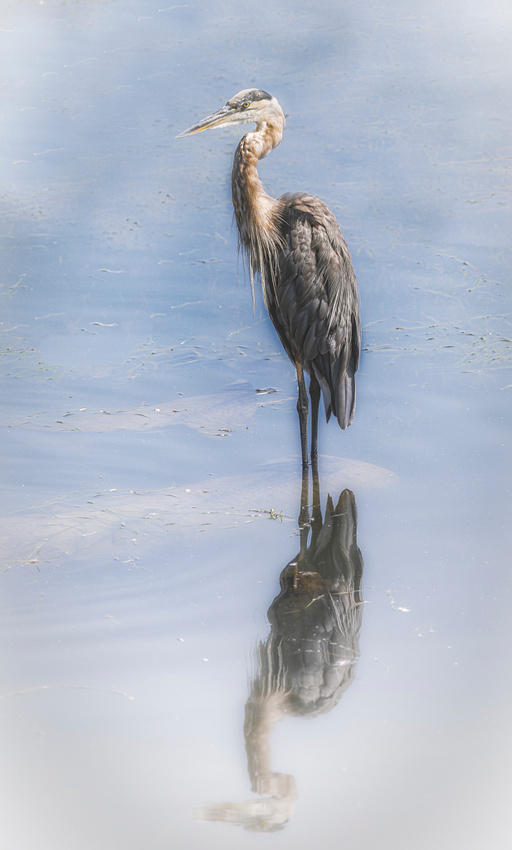 The photo needed a sunset, so I looked through a couple hundred images I got of sunsets on the Pamlico Sound in Avon, North Carolina I recently took and selected a decent sun, though it was obviously a little dark. 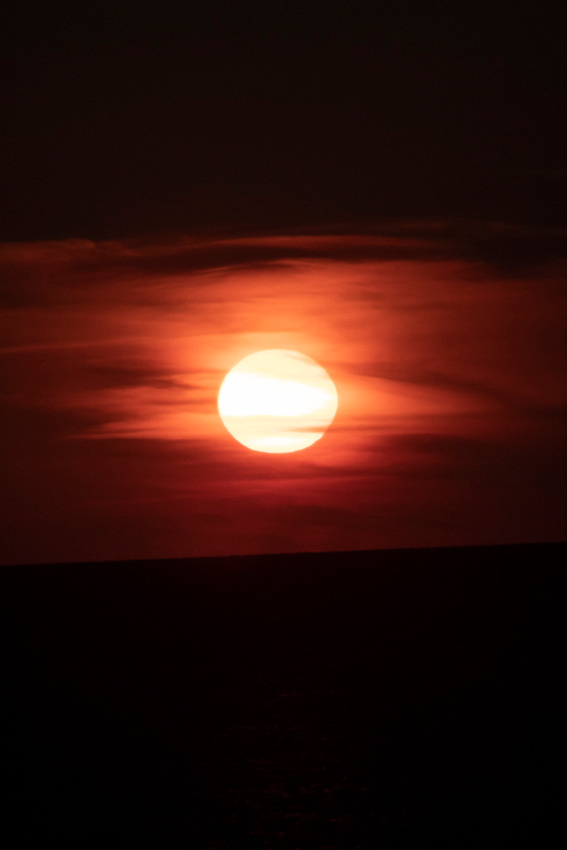 Lastly, I looked for a photo of a rusty looking rock or old door for texture and found one I think I took in Baltimore last September.

Now to assemble these pieces, they needed to be imported into Photoshop as layers of one image.  I started with 50% opacity on the upper layers so I could see the lower layers and so I could adjust the blending of the textures and components.  I used the paint brush and wiped away some of the details so the bird could shine through, and I used adjustment layers to edit individual components of the image.  Working the layered images a bit at a time, I was able to line all of the pieces up and get everything looking pretty old and exotic.  Then I cropped the image to the size of the original photo, but I moved the bird a bit to permit room for the sunset to show through.  The final image looks like this. By the way, I had to reconstruct the steps I used to build the image a bit, so the sun and reflection I used in this short narrative are a little different from the original, but you get the idea. 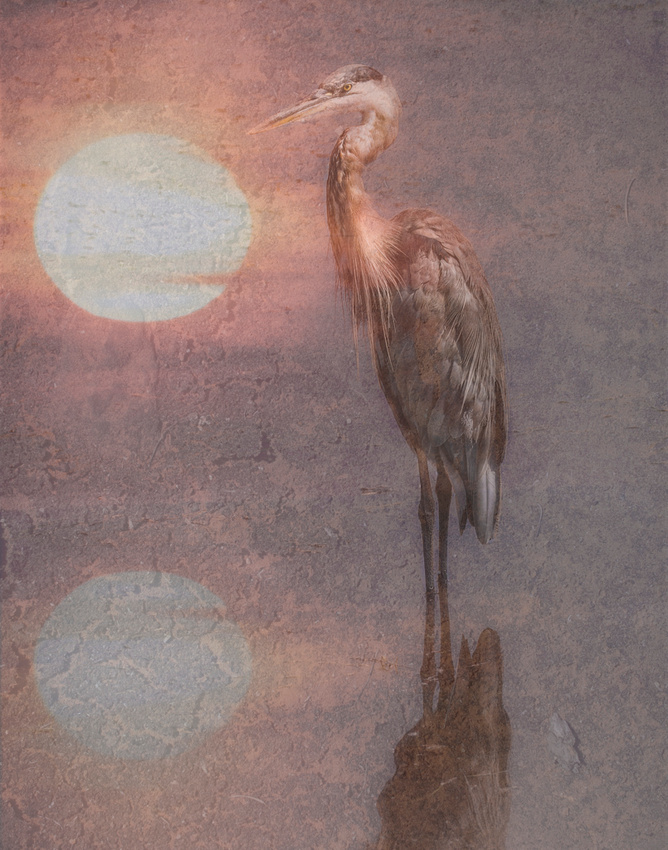